A small game written in Haskell using my own game engine "Affection". 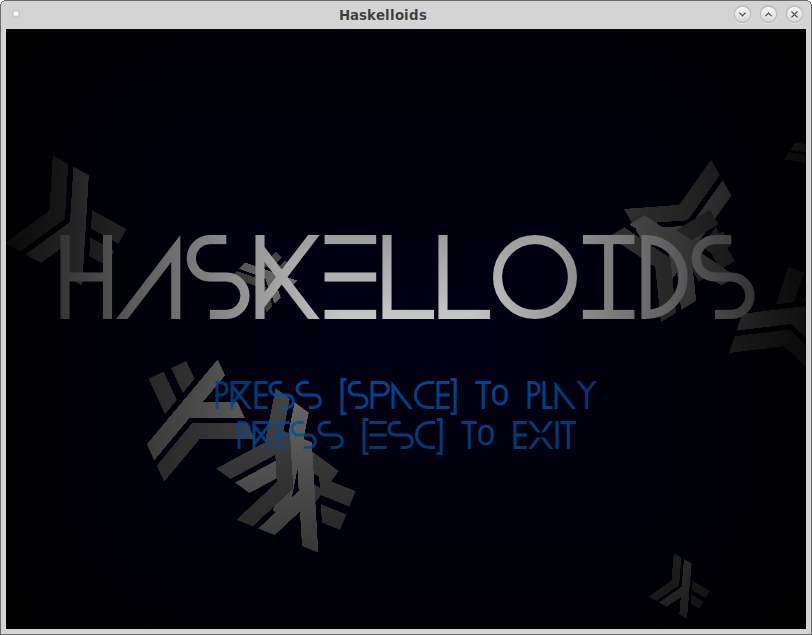 to build this you need a working Haskell build environment and following development libraries:

You will also need the engine package itself, which can be obtained at its own repo. You cann add it to your project by cloning it and adjust the path to it in the file cabal.project.

If all is well, you can invoke cabal new-build and watch everything come together.

To run the game, just invoke cabal new-run in the project folder.

use O to togle fullscreen mode.